The first section of this year’s Animation Avantgarde competition at Vienna Shorts deals with media and their shapes, qualities and inherent manipulability. But since media represent only one third of artistic and communication processes, the films also tackle themes of struggling artists or the uncertain impact their work has on the spectators.

Storytelling capability of objects is the central motive of two Austrian films. While Björn Kämmerer’s Untitled lets Venetian blinds dance in order to make a border between the observer and the promising story, Anna Vasof mixes genres, as her Trilogy of Leaving is both documentary and fiction. It shows how magic tricks are done, by vividly reminding us that film is just a sequence of still images and that their movement is basically only an optical illusion.

Two films implicitly discuss gender issues and primal ecstasies. Dutch-born Faiyaz Jafri’s hairy woman from Sway is, well, swaying and dancing, to the point of losing herself, never ceasing to remind us of the societal concept of perfect body. The more populated piece, Play Boys by Belgian Vincent Lynen, looks like an arcade video game and follows Godard’s principle that all you need for a film is a gun and a girl. The morality of the characters is brute, but like a butterfly effect every shot that goes off-frame in one environment has an impact on somebody else’s world. 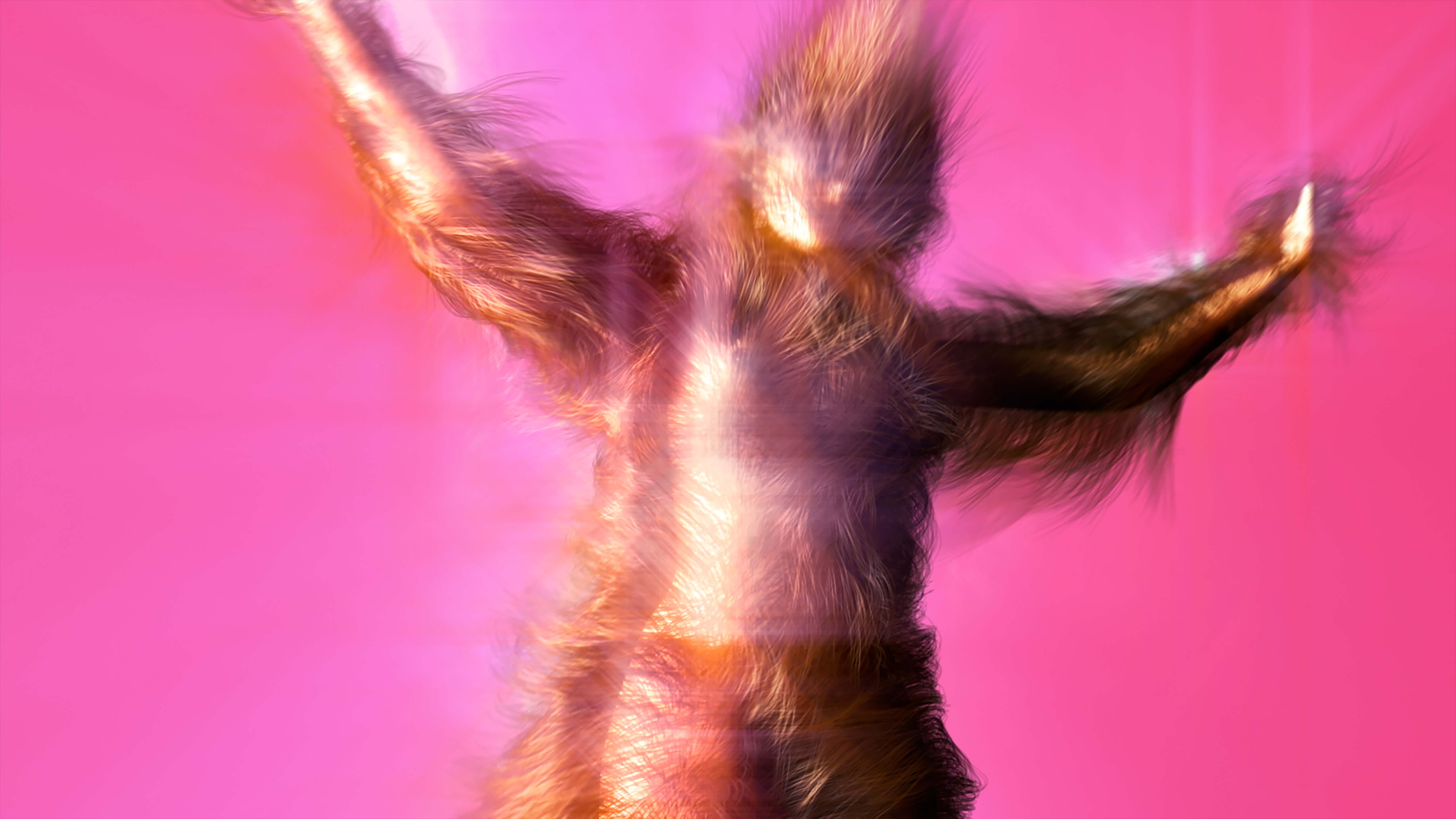 A musically-induced, controlled chaos is the result of three works from both sides of the Atlantic. French filmmaker Boris Labbé starts his Any Road with computer game aesthetics, only to modify the analogue structure of Pong into a wild array of digital forms, frames and content, as a visual reaction to previously written orchestral music. Oscar Peterson’s 1962 composition Something’s Coming serves to drive Canadian director Steven Woloshen´s depiction of a Casino and the objects one´s life is reduced to when one is prone to gambling. The US filmmaker Raven Kwok uses strict geometric shapes to illustrate the rhythm and beat in 189D0, and the coherence with which this is achieved could turn his film into a stand-alone music video.

The horrors and possibilities of creative processes are the topic of another group of films. The (rare) Japanese-Dutch co-production Extrapolate by Johan Rijpma begins with a slightly stringent premise and an incorporation of the illustrator into the film, but soon the first drawn line lifts off to become an organic, pulsating and ultimately evanescent structure. It might also inhabit the world of Lucija Mrzljak’s Estonian film Corner, as a force behind the humorous paradoxes, occurring in the constantly modifying, but simply constructed rooms, inhabited by perplexed, travelling protagonists. In the properly titled Debut, Polish filmmaker Katarzyna Kijek comments on screenwriting, or rather what it should be, because at the moment we join an author behind his desk, he is busy overcoming a writer’s block.

And finally, the selection also included two films that encouraged immersion into images. Berlin-based Rainer Kohlberger approaches a simulation of a 3D experience without actually using this technique. With Keep that Dream Burning he again lulls the audience into an entangled, rhythmical surface, this time by manufacturing a stereoscopic white noise effect out of floating particles. The resulting abstract abyss, accompanied by an absorbing sound design, gets interrupted only by the sense of an explosion, echoing the idea of creativity through destruction. At the beginning of Decorado, a work by the Spaniard Alberto Vazquez, the protagonist confronts his love interest by questioning himself if their life is real or if they are just actors on somebody´s set. Following that, we experience vignettes that move from the supposed reality to dream sequences and back, but constantly contain fantastic creatures that prove to be crucial for the biographies of the central couple. The film ends in a danse macabre, suggesting that there is no point in rebelling against one’s own background and destiny. Only narratives matter, not individuals.

The common denominator for all the films in this selection proved to be the gaze, either as a diegetic action, a filmmaker’s occupation, or a call to audiences. At some point all of them learned that if you gaze long enough at a subject, the subject will gaze back at you.